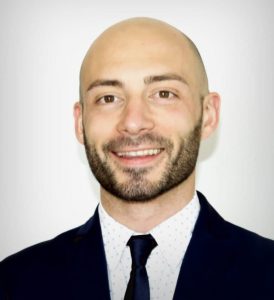 In the triennium 2014-2016 he has been student of the doctorate course in Industrial Engineering, Chemical Engineering curriculum, at DIIN of the University of Salerno, with a thesis in “Analysis and modeling of the behavior of hydrogels-based systems for biomedical and agro-food applications”.

During this period he has been coauthor of several publications on international scientific journals and of several international conference proceedings. His main research activities concern the analysis and modeling of hydrogel-based systems behavior for biomedical and agro-food applications. The engineering approach used to study these systems, based on the conservation laws of mass, momentum and energy, coupled to the FEM analysis, has permitted to develop mathematical tools able to describe the hydrogel-based systems behavior, therefore useful in their design phase. Other research activities are the production and characterization of controlled release fertilizers based on hydrogels, the modeling of drug release form core-shell polydisperse particulate systems, the characterization and modeling of gel-packs for isothermal box for the cold-chain applications. Moreover, in the 2015 he has collaborated, by means of a contract work at DIIN, to the project “Virtualizzation of heat transfer in meat substrates subjected to ohmic heating”, with the aim of developing a mathematical model of the process.